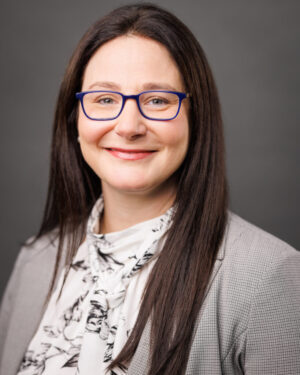 Rabbi Stephanie Kramer is the Senior Rabbi at The Temple, Congregation B’nai Jehudah. In her previous role as Associate Rabbi at Congregation Shomrei Torah, a Reform congregation in Santa Rosa, California, Rabbi Kramer led the entire Sonoma County Jewish community with grace and dedication during the 2017 Northern California Wildfires, earning her the moniker the “Fire Rabbi.” Rabbi Kramer’s rabbinate is filled with counseling, pastoral outreach, liturgical creativity, and governance. She understands that one of the primary reasons members stay connected to their congregation – and to one another – is interpersonal relationships; and she is honored to work with families through their most joyous moments, hold their hands during their most difficult times, and help her community find deeper meaning along their journeys.

She is an innovator, collaborator, and natural connector who cultivates creative models for community-building and dynamic ways to integrate Judaism into our lives. Along with her daily pulpit responsibilities, Rabbi Kramer enjoys supporting the broader Jewish community through her work on local and national Boards and Committees, including her work on the Board of Trustees for the Central Conference of American Rabbis.

Rabbi Kramer was ordained at the Hebrew Union College-Jewish Institute of Religion and holds a master’s degree in Hebrew Letters from Hebrew Union College and a B.S. in Psychology from the University of Houston. She is a Senior Rabbinic Fellow of the Shalom Hartman Institute, and is currently in the Clergy Leadership Incubator and in the inaugural cohort of an all-female fellowship, Voices for Good.

Rabbi Kramer’s writing has appeared in The Washington Post, eJewish Philanthropy, and The Press Democrat. She and her husband, Adam Kramer, have two children, Micah and Noa. 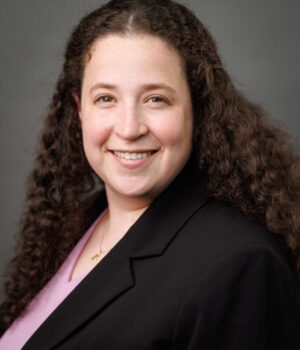 After graduating from college in 2010, Rabbi Brazner participated in AVODAH: The Jewish Service Corps. This transformative, year-long program for young Jewish adults gave her the opportunity to work at a non-profit serving underemployed and undereducated adults in Washington, DC, to volunteer, and to study the intersection of Judaism and social justice. Rabbi Brazner credits her AVODAH year with inspiring her to pursue a meaningful, impactful Jewish professional career that centers around serving others and helping to repair the world around her.

After AVODAH, she worked for five years in Reform congregations in Washington, DC, and Baltimore, Maryland, as well as at URJ Camp Harlam in Kunkletown, Pennsylvania. It was during these years of exploration, mentorship, and reflection that she discovered her true calling to serve the Jewish people through the rabbinate.

During her time as a rabbinical student at HUC-JIR, Rabbi Brazner served as the student rabbi of numerous midwestern congregations, and was the Rabbinic Intern of K.K. Bene Israel-Rockdale Temple in Cincinnati, Ohio. She also interned in the principal’s office of Rockwern Academy, the Jewish day school in Cincinnati, as part of her Master of Education studies. In addition, she completed a unit of Clinical Pastoral Education, serving as a student chaplain at the Jewish Hospital and the Daniel Drake Center for Post-Acute Care in Cincinnati, Ohio. Rabbi Brazner has also served on HUC-JIR’s peer-elected Student Ministrations Committee (SMC), most recently as the SMC Chair, providing leadership and supporting her fellow students in their student pulpit work.

Rabbi Brazner completed her Master of Hebrew Letters (MHL) in May of 2021. She received her rabbinic ordination of the Hebrew Union College-Jewish Institute of Religion in Cincinnati, Ohio in May 2022.

Originally from Milwaukee, Wisconsin (go Packers!), she is a graduate of the University of Wisconsin-Madison (go Badgers!). When not watching her beloved Packers, she enjoys hiking and long walks with Pig, watching the latest national Netflix obsession, and taking on new crafting hobbies, such as embroidery and cross-stitch.

While Rabbi Brazner loves all aspects of her rabbinate, she is especially passionate about Jewish education, pastoral relationship-building, and interfaith work. She is looking forward to serving the Jewish people as a rabbi, mentor, and friend. 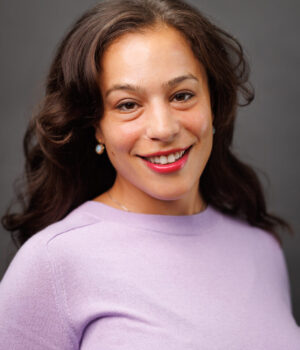 Born and raised in Cincinnati, Ohio, Rabbi Rothstein studied on HUC’s Los Angeles campus. Having always wanted to be a rabbi, when she graduated from Miami University, she had the privilege of working with a Foundation in Cincinnati whose goal was to create community amongst loosely affiliated young Jewish professionals, young Jewish families and Interfaith families. She credits working for this organization before starting rabbinical school with driving her passion for outreach and engagement as part of building community.

She looks forward to bringing the pastoral skills she developed while interning at Beit T’shuvah Residential Addiction Treatment Center, and the creative approaches to engaging people all over the spiritual and religious spectrum that she gained from interning at Congregation Beth Adam in Cincinnati.

Rabbi Rothstein received her rabbinic ordination of the Hebrew Union College-Jewish Institute of Religion in Los Angeles, CA, in May 2022. Her work and rabbinic experience is varied; in addition to her work at Congregation Beth Adam and Beit T’shuvah, she has worked at Temple Akiba of Culver City in Los Angeles, Temple BaMidbar Shel Ma’ala, in Victorville, CA, Camp Young Judea in Waupaca, WI and at the Mayerson JCC and The Mayerson Foundation, both in Cincinnati, OH.

Originally from Cincinnati, OH, Rabbi Rothstein is a charismatic and compassionate person who looks forward to being back in the heartland. She is known for her excellent listening skills and she looks forward to becoming an integral part of B’nai Jehudah to help build innovative and inclusive spaces. She enjoys reinterpreting tradition to help make Judaism relevant in the 21st century, and she is excited to move the Jewish people forward with enthusiasm and creativity.

Having grown up in the congregation, Arthur P. Nemitoff returned in 2003 to assume the spiritual leadership of The Temple, Congregation B’nai Jehudah. With expertise in the areas of Death and Dying, Liturgy, and Synagogue Transformation, Rabbi Nemitoff has dedicated his rabbinate to helping individuals discover their own Jewish paths.

Dozens of his articles, poems, creative liturgies – and three books – have been published over his 30-year career. His hobbies include photography and poetry. After graduating from Southwest High School, in Kansas City, he attended Washington University, in St. Louis, and received a Bachelor of Arts degree in Psychology. He was ordained from Hebrew Union College – Jewish Institute of Religion (Cincinnati campus) in 1981.

He has served congregations in Houston, TX; Philadelphia, PA; Boston, MA; and Columbus, OH before returning home to B’nai Jehudah. He has a passion for spreading the message of liberal Judaism throughout the world, having worked with Jewish communities in Serbia, Estonia, Bulgaria, Ethiopia, and Israel.

He is married to his beautiful life-partner, Leslie. Together, they have two children, Elana and William. 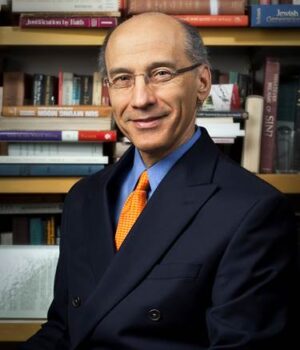 In July of 2016, Rabbi Michael Zedek became Rabbi Emeritus of Emanuel Congregation in Chicago Illinois. At the same time, he accepted an appointment to serve as (part-time) Senior Advisor to the Central Conference of American Rabbis. The Rabbi began his tenure as Senior Rabbi of Emanuel in July 2004. For the previous four years, Rabbi Zedek was the Chief Executive Officer of the Jewish Federation of Cincinnati.

Prior to accepting that appointment, he served for 26 years as the spiritual leader of Congregation B’nai Jehudah in Kansas City, Missouri, where he also holds the title of Rabbi Emeritus. At the time of his installation in 1976, he was the youngest rabbi in the United States to head a “giant” congregation. With over 1,900 families, B’nai Jehudah is the oldest and largest congregation in Kansas City. Ordained in June of 1974, Zedek was chosen to be alumnus-in-residence at the Cincinnati and Los Angeles campuses of Hebrew Union College (HUC-JIR). Rabbi Zedek is the youngest man to receive this honor.

Rabbi Zedek was the recipient of the Danforth Graduate Fellowship for outstanding teaching, a Fulbright-Hays Grant for advanced study in the United Kingdom and is a Phi Beta Kappa graduate of Hamilton College, Clinton, New York.

In addition to his professional activities, Rabbi Zedek is deeply involved in civic affairs having served on a number of national and international boards.

He has also had numerous teaching and speaking appointments around the world on a wide range of topics, especially focusing on spirituality and folklore. He has taught and lectured in South Africa, Russia, China, the former Yugoslavia, Israel and in many other venues.

Rabbi Zedek is a regular presenter at Rancho La Puerta in Tecate, Mexico. He also serves as the host of a radio show, Religion on the Line, which is currently under consideration for national syndication.