The Temple, Congregation B’nai Jehudah is pleased to welcome Rabbi Stephanie Kramer as our new Senior Rabbi – she will become the 15th person to hold this position in the congregation’s 150-year history. Rabbi Kramer will begin in her new role on July 1, 2021, upon the retirement of Rabbi Arthur Nemitoff, who has served our congregation in this role for 18 years.

After a rigorous search and vetting process, Rabbi Kramer was voted in by an overwhelming majority of congregants who attended the confirmation vote on Sunday, January 17, 2021.

“It was wonderful to have nearly 200 members come out via Zoom – during a Chiefs playoff game, no less – to learn about, give an approval vote, and meet Rabbi Kramer for the first time. Especially during these challenging times, it was wonderful to come together as a community to continue in our 150-year tradition of building a strong future of our congregation,” said Jocelyn Fry, B’nai Jehudah Board President.

“After months and years of planning and preparation, widespread congregational participation began nearly a year ago. At that time, congregants began the important work of participating in surveys and virtual visioning conversations to help the Rabbinic Search Task Force hone in on what we were seeking in a rabbi. Looking back at the work of our Vision and Transition Task Force, chaired by Tracey Litwin, and the work of Zach and the Rabbinic Search Task Force, it is abundantly clear why we met with such success in finding the right candidate,” said Fry.

A native of Houston, TX, Rabbi Kramer has served Congregation Shomrei Torah, in Santa Rosa, CA, most recently as the senior associate rabbi. Behind her welcoming and caring demeanor, Rabbi Kramer is a leader. After the devastating wildfires in Northern California in 2017, Rabbi Kramer became known as the “Fire Rabbi,” due to her leadership in the Sonoma County Jewish community. During this crisis, she organized resources to help families in need, found temporary housing for those who lost their homes, and turned the temple’s site into an evacuation center, a day camp, and a place for comfort.

Rabbi Kramer’s approach to organization and leadership is inclusive and collaborative. She is a leader on the national Jewish scene, and was recently elected to serve on the national board of the Central Conference of American Rabbis (CCAR).

“As I read over the website and application, it became obvious that B’nai Jehudah’s core mission and vision was in complete alignment with my rabbinic vision. I am excited to serve in such an innovative and spiritual home that possesses a strong history of civic engagement and social justice,” said Rabbi Kramer.

As to what keeps her going in her vocation, Rabbi Kramer says that this teaching of Micah is a guiding force within her rabbinic service: “Do justice, act with love, and walk humbly with God…”

“These three aspirations work synergistically together. Jewish life encompasses working for justice and is sustained by spiritual practice and learning. Yet, justice and practice are possible only through building relationships,” said Rabbi Kramer.

Fry and Rabbi Kramer both agree that this was beshert, meant to be.

“Rabbi Kramer is a rising star, and I predict she will bring great spiritual, professional, and congregational fulfillment to B’nai Jehudah. As we celebrate our congregation’s 150th anniversary this year, it is fitting that we look forward to the next 150 years with a strong spiritual leader at the helm,” said Fry. 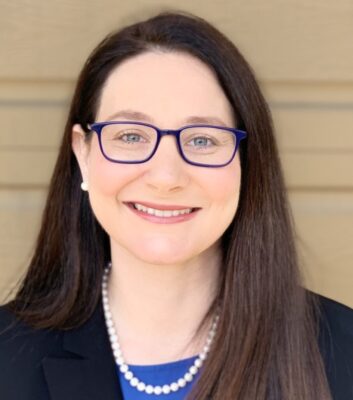