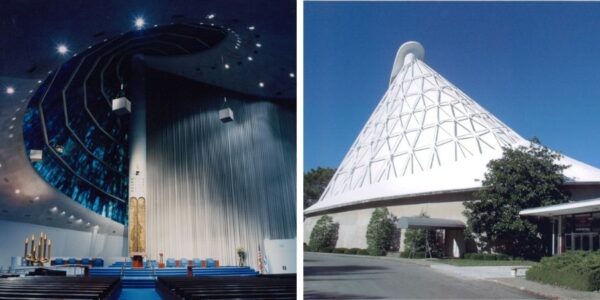 Read glimpses into our past and what makes the long standing tradition and history of The Temple, Congregation B’nai Jehudah so special.

The Temple, Congregation B’nai Jehudah is one of the oldest Reform Jewish Congregations in the nation and the oldest Synagogue in the Kansas City metropolitan area. Founded in 1870 by a handful of pioneer families, it has historically had the largest number of members among local Jewish congregations. Known nationally for its vision, leadership and progressive thinking; affiliation currently numbers over 1,000 member families. In the latter part of the 19th century, B’nai Jehudah became a founding member of the Union for Reform Judaism, which now numbers more than 1300 congregations in the United States and Canada. Through our ongoing involvement with the URJ, we support the movement’s rabbinical seminary, Hebrew Union College-Jewish Institute of Religion which educates rabbis, cantors, educators, and administrators for worldwide service. We are linked to Reform and Liberal Jewish communities in over twenty countries through our endorsement of the World Union for Progressive Judaism. Throughout its distinguished history, B’nai Jehudah has focused on a commitment to providing a responsive and welcoming spiritual home to its members. The moral ideals of Torah, outreach, community involvement and the advancement of Reform Judaism have always found their voice in our many distinguished Rabbis of past and present.

In April of 2000, the congregation spread its arms even wider with the dedication of our new building at 12320 Nall Avenue in Overland Park, Kansas. Demonstrating a commitment to meeting the educational and spiritual needs of an ever-expanding Jewish population, we built a striking facility, which houses all of our services, programs and classes. It includes a 300 seat chapel, large social hall, pre-school, library, and Sisterhood Judaica Shop.

Members enjoy a breadth of programming that reaches to every member, throughout the city and across state boundaries. We enjoy an unparalleled richness and diversity in the life of our congregation. Our size is an asset, for it enables us to build many different kinds of bridges one to another. We seek always to enable individuals to flourish in their unique ways within the congregational family.

It is written in the Pirke Avot, the Sayings of the Sages, that the world is sustained by three things; the study of the Torah, sacred worship and acts of kindness. At B’nai Jehudah, our core purpose is to nurture Jewish meaning, connection and continuity; the many facets of our community life fall into one or another of these three fundamental areas.