When Hitler became chancellor of Germany in early 1933, laws and actions against Jews began almost immediately. Some German and Austrian Jews sought haven in the United States but needed an American sponsor who could guarantee that they would not become public charges for a minimum of five years.

B’nai Jehudah members organized to provide such sponsorship. Within the Congregation, Brotherhood took charge of this initiative. In the community, Ruth Kander, the granddaughter of former B’nai Jehudah Rabbi Elias Eppstein, and Miriam Steifel were leaders. A community group called the Placement Council was formed in 1937, with past B’nai Jehudah President Sidney Altschuler as Chairman. Temple member Paul Uhlmann, Sr. personally sponsored many refugees and organized job placements for them and others.

Mrs. Paul Uhlmann, who later served as Sisterhood President and on B’nai Jehudah’s board, organized a tri-weekly meeting of ladies who baked cakes at the temple for 100 regular subscribers. The ladies sold these cakes for two years and proceeds provided financial support for recently arrived refugees. 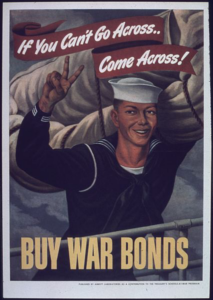 Despite the gathering storm clouds over Europe, many Americans initially favored pacifism and isolationism. Personal losses from World War I were still fresh memories. Rabbi Samuel Mayerberg addressed the 1939 graduating class at The University of Arkansas and advised the students to emulate the quest for world peace of isolationists such as Charles A. Lindbergh. By February 1941, Mayerberg had changed his outlook and spoke in favor of severing ties with Germany and providing armaments to Great Britain without regard for possible future payback.

As the war effort grew, many B’nai Jehudah members and their adult children joined the armed forces. In all, 346 of B’nai Jehudah’s men and women served during World War II. Four gave their lives: Marvin Earl Cobrin, Raymond L. Friedson, Richard Rosenbloom and J. Donald Silberberg. Former Associate Rabbi Henry J. Berkowitz, who left Kansas City in 1927, served as a Navy chaplain in the Pacific theater. He contracted a rare disease while on duty and died from complications in 1949, at the age of 54.

At this writing during B’nai Jehudah’s sesquicentennial year, we proudly recognize three of our oldest living Temple members who are WWII veterans.  Meyer (Mike) Katzman, age 100, enlisted in the Army Air Force in 1942, and served as a specialist in Texas and at five other bases and schools throughout the U.S. Bob Navran, age 98, served in the U.S. Army in Europe. Judge Howard Sachs, age 96, served aboard the U.S. Navy battleship South Dakota and was in Tokyo Bay during the signing of Japan’s surrender. We thank them and all of our veteran members, past and present, for their service to our country.

B’nai Jehudah had been holding multiple services for Rosh Hashanah and Yom Kippur at the Linwood Boulevard Temple. With 600 member families, the Congregation moved these services to the Music Hall at Municipal Auditorium in 1941, so all members could worship together. High holiday services remained there from 1943-1967 when the new Holmes Road facility was completed.

1943 also saw the first all-day Institute of Judaism for the Christian clergy sponsored by B’nai Jehudah. 158 clergymen attended and the success of the first institute enabled it to continue for a number of years. It was recognized by a local Catholic priest as “the first ecumenical meeting held here with Protestants, Catholics and Jews …under the brotherhood of one God and Rabbi Mayerberg.”

Victory in Europe came on May 8, 1945. That night, B’nai Jehudah families joined in a V-E Day service of thanksgiving. Rabbi Mayerberg paid tribute to the memory of President Roosevelt and prayed for Divine guidance for the new President, “our fellow-citizen Harry S. Truman.”

The mood of the service was not one of unbridled jubilation, though. The loss of millions of Jews in the Nazi death camps – long rumored and now irrefutably substantiated – cast a shadow upon the evening.

A new challenge was how to resettle the hundreds of thousands of displaced European Jews who had lost their homes and family members. In the next installment of A Moment in our History, we will explore the critical role that B’nai Jehudah member Eddie Jacobson played in the United States’ recognition of Israel.

Adapted from Roots In A Moving Stream by Frank Adler, z”l, and
Mid-America’s Promise: A Profile of Kansas City Jewry edited by Joseph P. Schultz
March 19, 2021